Summary: (5/5 stars) I linked to this book on my post about Facebook because it was apt to the online bullying comments I was making at that moment.  This book is so much more than that.

This is an exploration of shame as a punishment, as a fundamental human impulse, as a force for good and bad. Ronson goes into a little bit of the history of how shame has been used in the past, but focuses especially on how shame functions in our internet-based society today.  To wit, he explores several contemporary case studies in shaming. There are two women in particular that he focuses on; I’m not naming them because I don’t want to bring their missteps back to public consciousness more than necessary.  Trust me, though, it’s good.

This book functions in some ways as a collection of essays rather than a structured exploration of ideas. As such, there are points where he pursues aspects of shame that seem to be a digression from the core theme, for example the parts about Radical Truth and humiliation paraphilia.  Those parts don’t make the book less interesting, but readers should be warned: you probably won’t come away with any strong conclusions about what can be done about internet lynch mobs.

I listened to the audiobook version all in one day and I loved it. Jon Ronson’s voice, accent, and manner of speaking really bring the words alive in ways that I don’t think would be as clear if I were reading it in my own voice.

In sum, this book is funny and thought-provoking. I highly recommend it.

This is where I run into trouble with book reviews.  I gave you the essence of my thoughts and reactions to this book above in the summary.  So, now what do I say about it?  So, I’m going to use this space to offer some of my own musings about shame and internet society.

I don’t follow sports very closely. I basically just keep an ear out for the major headlines so that if someone desperately needs to talk about sports to me for some reason, I have something to contribute.  So, it was in that mindset that I clicked through on an article about baseball players apologizing for things they tweeted years ago.

Josh Hader is the name that springs to mind first.  He’s 24 years old and when he was a 17 year old he tweeted some very offensive things including racial slurs.  He has deleted those tweets and apologized for them, but there are a lot of people who are not ready to accept his apology and forgive him. In their eyes, he is still a foul-mouthed teenager brimming with racial bias.

But he’s a grown man now.  What’s the statute of limitations on being a terrible human being as so many teens are?  Even that USA Today piece says:

We are a society built on second chances and redemption, but we pick and choose who we forgive.

We never forgave John Rocker for his racial and homophobic remarks, but we forgave Kobe Bryant, who settled out of court with a rape victim. Baseball treated Alex Rodriguez like a pariah, but now he’s an ambassador.

Now, we’re trying to wrestle with our emotions on how we’re supposed to feel about Hader, whose racist, homophobic and misogynistic tweets in 2011 overshadowed the All-Star Game.

Given the variety of offenses that may incite a public shaming it doesn’t surprise me that there’s no silver bullet.

One of the women Ronson interviewed for the book was shamed because she took a jokey picture in which she was being disrespectful in Arlington National Cemetery. No one was hurt physically or financially.  She just made an awful joke.  She was blasted across social media and eventually lost her job… as a health charity worker.  This was someone who had committed her life to helping people who need a lot of help.  And she was good at it, but a single bad joke online ruined that.

This isn’t new.  Remember Richard Jewell? He’s the guy who didn’t bomb the Olympics in Atlanta.  His life was upended because of bad newspaper reporting.  Newspaper. Like, made of dead trees. And as Ronson describes in the book, this sort of thing goes way, way back.

But the scale of the internet makes this a new beast. A beast that never forgets, never sleeps, and has no limitations on the awful things it will propose be done to you for your alleged transgressions.

This should terrify anyone who spends any amount online because no matter who you are or what you do, you will offend someone. And if the someone you offend is vocal enough, it could destroy your life. And as we’re seeing with these baseball players, it can threaten to ruin your life before you even have a life to ruin.

That really scares me for children growing up in this connected world.

I confess some sympathy for Ronson’s impulse to re-instate shame as a method a bringing some order and good sense to society.  It’s literally social justice.  And there’s a strong temptation to say that this is a good way to rid ourselves of things like racism and sexism.

But after reading this book, I am inclined to say that that impulse is nonsensical.  The internet mob does not have any mechanism for balancing punishment against the crime. It doesn’t have a rip cord to stop it when facts redeem the “villain.”  The internet mob can’t even be trusted to gather facts even when the facts are readily available. And THEN the internet doesn’t have a good way to forgive or forget what happened when it is no longer relevant… EU laws notwithstanding.

This is not a simple question.

I am emphatically NOT saying that people should suspend judgment and stop considering the documented wrong-doings of the people they befriend, employ, hire, etc.

Some people will say, “So what? They’re scum and deserve to be treated like scum.  They don’t deserve to be celebrities. Let them go work at McDonald’s or something.”  Well, OK.  But they’re still celebrities and now that they’re infamous celebrities, what can they do? McDonald’s probably won’t hire them.  And what if this means that these celebrities literally cannot find another job that doesn’t hinge on their celebrity status or the skills they learned as a celebrity? Is it better than all tax payers chip in to keep them alive?

And the question that most interest me is this: are these offenses literally unforgivable?

If you’re among the people who say, “So what,” to the people who’ve apologized or whose wrongdoings are years and years past, are you saying that no redemption is possible? EVER?

What about these kids who say awful things online before they even have careers to ruin? Is it acceptable for their future employers to hold those things against them knowing that they were just children making very stupid, childish decisions?

I haven’t forgiven Louis CK for what he did, but I do imagine that there are things he could do before returning to the stage as a celebrity comedian to seek redemption.  Has he taken any classes to learn how to be more sensitive to issues of power and consent in sexual situations? Has he volunteered to help others? Has he offered any ideas for how he can make amends to his victims and to the public he disappointed? I don’t follow him closely, so I wouldn’t know if he had, but I am inclined to think my awareness of his efforts is a minimum requirement for achieving forgiveness.

I just think that there has to be something people can do to be welcomed back into the fold of civil society.  And what can we do to be confident that we’re shaming people to the appropriate extent given their “crimes?” Shame has its place, but it can’t be permanent.  That would be unjust.

As mentioned, I don’t have a solution.  But this book has me thinking a lot about these questions. And it has me thinking about how I can be more fair and judicious with the criticism I offer online.  I feel like that’s the minimum that I could do. 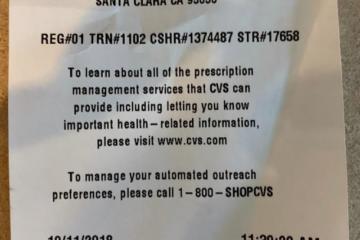 Yo, CVS. This Doesn’t Cut It

CVS, you should know better. You can and should do better. 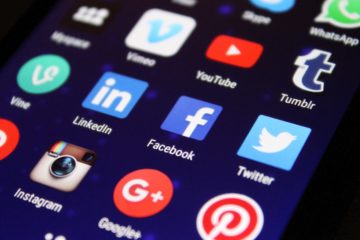 Rumor's of Facebook's death are greatly exaggerated... but in some ways I hope they aren't.