I’m Fed Up with Donald Trump

I think one of my greatest strengths is my willingness to consider the idea that people I disagree with might have a good point to make. They may see things in a way that I don’t that, if I thought about it, may help me understand the world in a better way. As a result, I tend to grant people a lot of benefit of the doubt. Some would argue that I give them too much of that benefit. Some would argue that I’ve granted Donald Trump too much benefit of the doubt. After a cursory reading of the Mueller report (No, I haven’t read every word.) and reflection on his administration’s actions to this point, I am done. I am completely fed up with Donald J. Trump.

Yesterday, I posted to Facebook that I am so angry with the widespread deception and dishonesty of Trump’s administration that I thought I could even be persuaded to vote for a Democratic presidential candidate. It would depend on the candidate, but to get Trump out of office, I think I could be persuaded. I really do.

That statement distracted a lot of people who seemed to think that I was endorsing Democrats or that I actually will vote for a Democrat. That’s not the case. I stand by my decision to continue voting only for candidates that I would want to see in office. But that I would consider voting for a Democratic president is a sign of how done I am with Trump.

Why? How did I get to this point?

This isn’t about his policies. He’s done a lot of things I disagree with, but on those counts I can usually imagine someone having and honest and informed disagreement with my views. I am also not a person who thinks that every single things he’s done is wrong; there are a few things that I actually think were the right call.

I’ve read the Bob Woodward book, Fear: Trump in the White House, and I would say I am not a fan of Woodward’s writing. I also find the lack of citations and sources — a hallmark of Woodward’s reporting — off-putting. It is very easy to discount many of the stories in that book as being told by people with motivations to make Trump look bad. So, while entertaining, I didn’t find the book to be especially persuasive. If anything, I found the willingness of some people to disobey and even contravene official orders of the president disturbing.

While you could say that I subscribe to more “lean left” podcasts than “lean right,” I think I do get a pretty balanced view of the spectrum of arguments on a particular topic in addition to a good amount of factual detail necessary to form my own opinion.

So, for the last two-plus years, I’ve mostly watched the news thinking, “Yeah, but there is a reasonable argument for representing a particular set of facts in a way that supports this view.”

And, honestly, I’ve ignored a lot of what Donald Trump says. Whether deliberately or not, he often misrepresents the facts from the petty to the significant, he simply cannot be trusted to tell the truth about things. He has shared and continues to share conspiracy theories and unsubstantiated claims on a wide range of topics. And then there’s the way he spins things to make them support his point of view. On top of all that, I find Donald Trump to be personally unlikable.

For good or bad, right or wrong, I’ve been ignoring Donald Trump’s words for the sake of actually looking at his actions and policies. I’ve been actively looking for reasonable, informed voices that support what he proposes. Sometimes I find them and sometimes I don’t. But Trump’s own words have not been especially interesting to me. I’ve tried to avoid letting my personal dislike of the man color by view of the facts.

And it was the Mueller Report that bought all of this crashing into the fore for me. And it’s why I’m fed up with him and his cronies and even the Republican cowards in Congress who support him.

While I can see honest, reasonable disagreement with my conclusion, I am completely convinced that the Mueller Report shows that Donald Trump obstructed justice. The Mueller Report documents Trump instructing people to lie and mislead investigators and the American public. It shows that his Press Secretary, the snide Sarah Huckabee Sanders, repeatedly and unapologetically lied to the American public. And as we reflect on his role in other activities such as Michael Cohen’s illegal payoffs to Stormy Daniels, the Trump Tower project that he also lied about, his comments on the grotesque Billy Bush tape, and the fact that he repeatedly, consistently lies on Twitter and at his campaign rallies, I don’t see how any reasonable person can come to the conclusion that Donald Trump is worthy — as a human being — for the office of the president.

I want to say again: my point here is not about him being “conservative” or Republican. I’m willing to entertain a discussion about policy. This is about the fact that he is a liar. And he is a liar of such scale that I am also convinced that he’s a crook.

Some of my friends expressed puzzlement over my sudden outburst of condemnation against Trump. I think that’s fair given that I’ve avoided doing that for the reasons above. Unlike the partisan commentary and his own representations of things, I regard the Mueller Report as a frank and thorough recounting of the facts on those topics that Mueller investigated and I find Trump’s actions indefensible.

That hasn’t stopped Bill Barr. Not only was his summary of the report misleading, like a good defense attorney, Barr held his own press conference ahead of the release of report and spun up a narrative of how Trump’s actions show a beleaguered man, defensive, and lashing out at his tormentors.

I’m mad at Bill Barr because I defended him up to a point. He holds a view of the executive that I think is wrong, but he was honest about it and I can respect that. But his actions around this report are shameful. Barr has tainted his own character and reputation for attempting to sell that pile of bullshit to the American people. He’s supposed to be the attorney for the US, not the president. What’s he’s done here reveals himself to be just another partisan.

And the Republicans in Congress have lined up behind these liars and crooks. This makes them moral cowards.

My anger isn’t just for Republicans at this point, either. Democrats in Congress like Nancy Pelosi seem to be looking at this almost exclusively in terms of how they can win the next election.

Congress has a responsibility to hold the executive branch accountable. By refusing to pursue impeachment out of concern for how it might affect the next election, they are abdicating that responsibility. This makes a lot of them at least as morally bankrupt as the rest. (Note: A few Democrats have called for impeachment including Elizabeth Warren. They’re excused from this particular judgment of mine.)

At least one of my friend expressed puzzlement over my outrage on the basis of the fact that all politicians are crooks and liars. My cynicism about those seeking national office is pretty well known. I tend to think if you are at that level, then you’re probably untrustworthy and messed up in some way or another.

I was asked if I truly believed Trump was less honest than Obama. I do.

This may not make a ton of sense to some, but I expect a show of respect in the lies showered on me from our political elites. That show of respect should come in the form of at least making their lies plausible. Like, don’t piss on my leg and tell me it’s raining.

And I think Obama honestly believed the majority of the things he told the American public. That doesn’t mean he wasn’t wrong sometimes — “if you like your insurance…” — but I think he honestly and earnestly presented things as he understood them to be.

Trump does not. Trump lies and he knows he’s lying. And people still back him up even though he’s lying and they know he’s lying! That’s preposterous to me.

So, no, Trump’s lying isn’t news. No one is surprised about it, not even me. I just find myself in a position where I am confronted with what I see as incontrovertible evidence that Trump not only lies to make himself look good to the public, but he lies in such a way that seeks to undermine the rule of law, the integrity of the US government, and the well-being of the American public.

Donald Trump is a terrible human being and whatever good policy ideas he may have cannot justify supporting him. The fact that Democrats have done and are doing reprehensible things to try to take him down does not justify his immoral conduct. He should be impeached and the GOP should find another candidate to back in 2020.

Maybe Republicans are crazy, too! 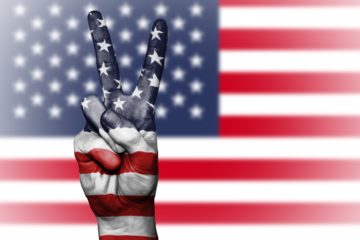 I don't think most people have a very clear idea of what a "right" is. Conversationally and in the news, the concept of a right seems to range from a basic human need (food, shelter) to abstractions about life in society (property, movement) to social expectations that might vary by time and culture (harassment, religion). I think there are some elements of truth in varying degree to each one of those, but we rarely ever encounter any clear definition of the term that people agree on. And I think a lot of our political discussions would go a lot farther if we did have more agreement on that term.