STANFORD, CA — Researchers have published findings today from thousands of minutes of study data on the behavior of new parents.  The results show that the majority of new parent activities are, not surprisingly, directly on the care and nurturing of their child. But additional insights reveal the foundations of what could lead to time travel.

This close examination of the data revealed that within mere days of a newborn’s arrival, parents begin demonstrating the rarely documented ability to bend the flow of time around caring for their children in order to accomplish tasks such as showering, eating, and maintaining their relationship with their partner.

“We were really surprised to find that parents do often manage to accomplish basic life-sustaining tasks such as toilet breaks while spending all of their time on other activities,” said lead researcher, Skip Huygens. “It’s during this initial period of child care that the ability complete tasks in less time than they take begins to manifest itself.  To observers, everything looks normal, but measurement of these activities actually results in negative time spent on those tasks.”  He did take care to note that application of this ability is not conscious.

The team hypothesizes that as the child matures, the parents’ ability to manipulate the flow of time also matures. Working mothers and single parents show the greatest proficiency in this area as they meet the demands of both career and home life by employing what the research team calls “temporal non-linearity.” However, because this phenomenon is unconscious, parents do still feel significant amounts of stress while reversing the flow of time in their favor.

Critics have suggested that if unchecked this could have devastating effects on space-time.  Parents have not responded, but none of the critics have dared say that to their face, either.

Additional research is needed, but scientists are hopeful that further study will reveal the secret to time travel. 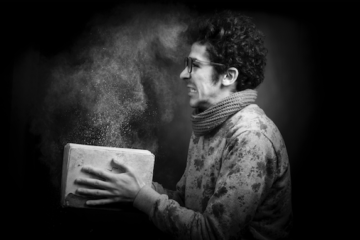 Here are a couple of suggestions from an inexperienced, wannabe on some ways to get by without an editor, but still get a lot of help editing.

Book Review: On Writing: A Memoir of the Craft by Stephen King

King is a real master of commonplace language and reading through this book exemplifies his ability to make long passages of text sound conversational and interesting.  The memoir portions of the book are interesting and endear him to me, but I was reading for the portion about writing.  A lot of what he says is advice you'll hear everywhere.  Some of it is just his opinion about how to write well and although it is spoken as gospel should not, in my -- not a published author and not likely to ever reach his level of renown -- opinion, be regarded as such.  But there are a lot of real gems here.  And what he says explains a lot to me about his writing style.  I would definitely recommend this book to aspiring writers just because it is so well-expressed from start to end.