It’s pretty common for the anti-Trump crowd to say that Trump is “stupid” or an “idiot.”  And it equally common for the pro-Trump crowd to argue that he’s actually a strategic genius who has been manipulating our perceptions and the media in order to advance his agenda.  Both of these positions are, in my view, overstated… although I do like to call the man an idiot myself because he’s so often doing something obnoxious or stupid.

The key is context.

Intelligence is not a silver bullet or a magical ability.  Folks will argue over the precise definition of what it is, but I think of it as the capacity to integrate information. It could also be said to include the ability to apply the resulting knowledge to solve problems. However you look at it, it should be abundantly clear that it does not mean that you have more information or facts than anyone else. Perhaps an intelligent person with a good memory is able to retain facts and information more readily than the average person, but they can only retain what they’ve already ingested and it’s possible that a sheltered intelligent person will simply not be very knowledgable about a particular topic. 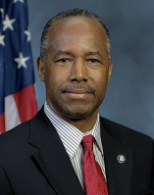 I think it is a grave mistake to believe that simply because a person is intelligent they must also be knowledgable about any given topic. And just because someone is an expert does not mean they’re especially intelligent.  Musicians often know a lot about music, but we don’t let them perform neurosurgery.  A neurosurgeon may have great depth of knowledge and understanding about medicine, but we would not assume they’re experts on archaeology.  Intelligence and expertise are separate things.

Expertise is about mastery of a particular body of knowledge.  It is specialization.  And while a person of high intelligence may build expertise more quickly, a person of average intelligence can build expertise as well.  So, just because someone is a skilled performer on reality television, as Trump is, does not mean they are also masters of international diplomacy.  And simply because someone has earned millions of dollars in a particular industry does not mean they could do the same in another industry.

Expertise takes hard work and I’ll tell you something else: intelligent people are often lazy people. I think it’s because they’ve been able to achieve the same results with less effort than their peers for so long that it’s hard for them to see the benefit of putting in the extra effort.  Intelligence doesn’t guarantee results, expertise, or even talent.

I believe Trump is a person of average intelligence who has found and developed some particular talents.  To my knowledge, he hasn’t said or done anything that would lead me to think he is exceptionally good at integrating and applying new information.  But he is savvy at manipulating public perceptions in a particular way. He is able to stir up his base and rile up his opponents. He seems to create soundbites and clip-worthy moments with little to no effort at all. Put more bluntly, Trump is a very good troll.

Unfortunately, in addition to a generally-accepted misconception about what intelligence is and what it’s good for, there is a disturbing antipathy toward expertise.  Sam Harris has a great discussion about this with Tom Nichols on the latest episode of his podcast. Many people seem to prefer someone who seems “intelligent” rather than someone who has put in the work to build experience, credentials, and direct, deep knowledge about a particular topic. If someone with credentials contradicts someone who appears intelligent who is taking the side they prefer, they will sneer at the person with credentials saying they’re an “elite” or a “sell-out.”

Trump’s charm, dynamic personality, and ability to foment rage in his opponents does seem to lead a lot of people to believe he is intelligent.  And because he thumbs his nose at the “leftist elites” and “globalist intelligentsia,” he has become their preferred authority on a range of topics that are well beyond anything he’s worked to truly comprehend or understand.

And because we tend to elect people based on personality rather than qualification, Trump is the perfect fit for a certain group of people.

So, is Trump generally a stupid person? No, I don’t think so.  But is he an expert at politics? No.  His low approval ratings, his lack of legislative successes, his litany of international gaffes… these all indicate that Trump is not an expert in the realm of politics.  Moreover, the speed with which he has adapted (or not adapted) to the office gives no support for the claim that he is possessed of some extraordinary intelligence. So, within the context of the Oval Office, and in spite of his ability to manipulate media attention, I am comfortable arguing that he’s an idiot in addition to being a jackass.

Political Violence as the New Normal

Over the past few years, I’ve gotten in the habit of writing about my political views directly on Facebook where the audience is limited to my friends. Part of that is convenience and part of Read more…