If you’re friends with me on FB (Do not send me friend requests. I’m not accepting requests from randos any more.) you know I am a rather prolific sharer.  I actually warn coworkers and new people I meet before they friend me because I will absolutely wreck someone’s feed if they aren’t careful.  (The more you “like” my posts, the more you will see. And the number is shocking to many.)

And if you know me in real life, you know I consume a preposterous amount of media.  I read books, listen to podcasts, play video games, watch television, and even read the occasional magazine and sometimes go to the movies.

Here’s the thing: I’m cutting back.

I love Facebook. I get a lot of great information from there. I actually have a great mix of friends who share a lot of diverse and interesting things.  And I love sharing funny, gross, silly, cute things.  For 2018, I’m trying to avoid sharing political things and just trying to share things that will give my friends a laugh, a chuckle, a groan, a warm-fuzzy feeling, or make them excited about the world we live in.  I also have real-life friends who live all over the world and Facebook is a great way for me to keep in touch with them. So, don’t get me wrong: I love Facebook and it is a positive good in my life. So, of course I will still use Facebook… but it will just be via my laptops.

I just need to spend less time on my phone for my own sake and that of my family.

My ability to have maintain focus on a single task for a reasonable period of time has become greatly diminished. There are all kinds of studies out there that show that social media can have negative effects on your mental health in terms of anxiety, depression, loneliness, reduced productivity, etc. etc.  I don’t need any of that! And I know when I see Facebook fights among my “friends,” I get anxious. I really do not need that.  I’ve also heard that “boredom” and times of quiet without stimulation can enhance creativity and inner calm. I would love to have more of that.

It’s not just Facebook I deleted from my phone, either. I also deleted all the games. My friends also know that I have played a TON of games. My husband calls them all “Candy Crush” even though I played WAY more than just that one game.  I have also been slowly paring down my podcast subscriptions.  And I’m trying to spend less time watching television shows that I hate.

Last night, I also went through and deleted a bunch of apps that I rarely use just because they were cluttering up my phone. You can see what my phone looks like this morning in the screenshot here. I keep everything on that single screen and organized into folders. (I don’t know how people find anything when apps are strewn willy-nilly across several screens and folders aren’t labeled properly, but that’s a separate issue.)  I only allow a couple of apps to have notifications. The two biggest are my calendar because of work and Overcast because of podcasts.

Which reminds me: I can probably refine the notifications on the Calendar app a bit better… I’ll do that now.

The point is that I want to make my phone more of a tool for accomplishing defined tasks and less a crutch for distracting my brain when I’m “bored.” I am afraid it’s making my brain more lazy, scattered, and fearful.

After I deleted games the other day, I noticed I was looking at my phone less.  I still picked it up to get that “fix” of crushing some candy or whatever, but would put it back down when I realized it wasn’t there.  And after I deleted Facebook last night, I noticed that I still picked up my phone to check on my feed several times only to realize that it’s not there any more.

I’m not sure how long this will last. I imagine that I will have to add Facebook back and possibly some games when I go back to work.  It’s hard for me to imagine sitting in airports without those things. But who knows?

The reason I’m doing this now is because I’m treating January as a foundation-building month.  I want to try to slowly make a few tweaks to my life in terms of diet, exercise, and media consumption so that I can be healthier, more focused, and more productive in the direction that I want to go. 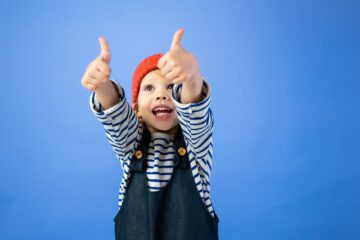