I’m Fed Up with Donald Trump

I think one of my greatest strengths is my willingness to consider the idea that people I disagree with might have a good point to make. They may see things in a way that I don’t that, if I thought about it, may help me understand the world in a Read more…

By Trey McIntyre, 2 years2 years ago 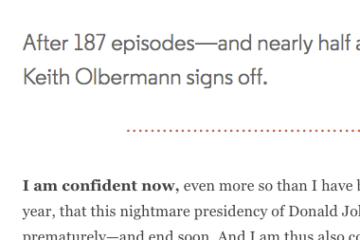 Impeachment Is Not Inevitable

I think it is entirely within the bounds of reality for Trump to serve the totality of his first term.

By Trey McIntyre, 3 years3 years ago